From his pioneering Sixties bands (The Pink Finks, Party Machine and Sons of the Vegetal Mother), to his national breakthrough with Daddy Cool, Ross Wilson's place in Australian music history was assured. However, it did not end there.

Chemistry enjoyed an thirty-three week run in the Australian charts, peaking at No. 3 and producing two top ten and two top 40 singles, all of which remain radio staples. On it’s US release Billboard described it as "state of the art rock”.

This deluxe double CD courtesy of Aztec Records, as well as boasting the four singles has been expanded to include rare B-Sides, four previously unreleased demos and a bonus live CD. With its remastering it sounds better than ever.

This is a must for the Aussie music aficionado.

This expanded CD with remastered audio, bonus material and a 24-page booklet is manufactured in Australia. 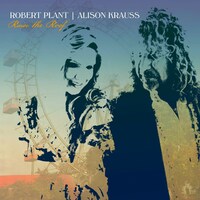