Between 1980 and 1991, the mighty Mondo Rock scored 15 hit singles. Add to that one non-charting single and you have the 16 tracks that make up Besto Mondo Greatest Hits.

For the best in Australian Classic Rock hits – including “Come Said The Boy”, ”State Of The Heart”, “No Time”, “Cool World”, “The Modern Bop”, “Primitive Love Rites” – Besto Mondo Greatest Hits is the perfect primer for the world of Mondo Rock.

The 1980s was a significant time in the history of Australian music, a time when Mondo Rock was one of the nation’s premier bands. What set the Mondos apart was the presence of venerable front man Ross Wilson (writer of the enduring dance hit by Daddy Cool “Eagle Rock”) and expressive guitarist Eric McCusker – both song writers of considerable skill and attention to detail.

Compiled by Ross Wilson, with digitally remastered audio and colour booklet featuring detailed liner notes (including fresh interview with Wilson) this collection is a must for every fan of Australian music. All the Mondo Rock hits in one collection – the perfect overview. Staples of Classic Hits radio to this day. Songwriters Ross Wilson and Eric McCusker at the top of their game.

Check out the singles: “Cool World”; “Come Said The Boy” and bonus single “State Of The Heart”.

This Compact Disc is an Aztec Records compilation housed in a deluxe digipak, featuring digital remastered audio by Gil Matthews and colour booklet with liner notes by Ian McFarlane, pressed in Australia. 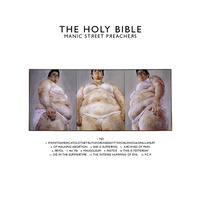