Considered the father of Australian blues, Matt Taylor began playing in The Bay City Union, one of nation’s first electric blues bands, before joining Wild Cherries and later the blues band Chain in September 1970. In between stints with various communes, over the years he has toured and recorded with Chain, formed Western Flyer, recorded five solo albums, and played with BB King, Muddy Waters, Albert King, John Mayall, Canned Heat and many more critically acclaimed musicians.

Straight As A Die:

Originally released in December 1973, Straight As A Die was Matt Taylor's debut solo album, and features Matt Taylor (Vocals/Harmonica), Phil Manning (Lead Guitar), Greg "Sleepy" Lawrie (Guitar), Barry Harvey (Drums), Barry Sullivan (Bass), Ian Winter (Guest guitarist), and Jibon D.Mandall (tabla). The single "I Remember When I Was Young"/"Krishna Loves You, Too" which had been recorded in an open paddock at Kingston Park Farm, became a Top Ten hit in Melbourne, with the album reaching number 15 on the national charts. Taylor toured the country, performing at Sunbury 1974; the live track "We'll Never Do the Same Again" appeared on the various artists album Highlights of Sunbury '74 Part 2.

Check out the tracks "I Remember When I Was Young", "Brisbane to Beechworth", "Chickens" and "We'll Never Do The Same Again".

Music was originally released in August 1974, and is Matt Taylor's second solo album, recorded with Greg "Sleepy" Lawrie on lead guitar, Graham Morgan on drums, and Barry Sullivan on bass.

Check out the tracks "Going Back", "Questions and Answers", and "Fair Dinkum Aussie Blues".

Check out the tracks "Watch Out", "Bendigo", and "Hound Dog Dust Bust".

All three individual CDs come in a jewel case, and are housed in a box set individually numbered and autographed by Matt Taylor, and were "Taylor" made in Australia and released via Forever Records.

Straight As A Die 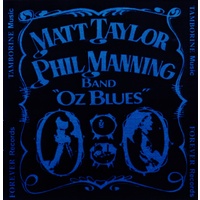 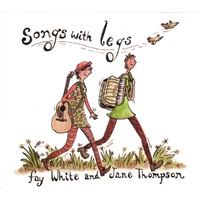