Double Live Set is a live album by Australian blues guitarist and singer-songwriter Lloyd Spiegel, released in July 2015 via Only Blues Music.

Recorded over two sold out shows at The Wonderland Spiegeltent this past March, the new Double Live Set is a 25 track anthology featuring Lloyd Spiegel at his absolute best, and highlights his huge voice, blazing finger-style and the personality-fuelled songwriting that has seen him wow audiences around Australia and the world over the past two-and-a-half decades.

Spending a quarter century touring as an independent musician is no small feat for any artist, but for 35-year-old Lloyd Spiegel, it's a milestone that celebrates a unique story in Australian music. Welcomed into Melbourne's thriving blues community while still in primary school, Spiegel has gone on from child prodigy to become one of Australia's big guns of the guitar with a contemporary style that maintains tradition and authenticity without sacrificing originality.

This double album is on 2CDs housed in a cardboard package with a tri-fold sleeve, pressed in Australia. 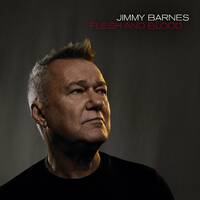