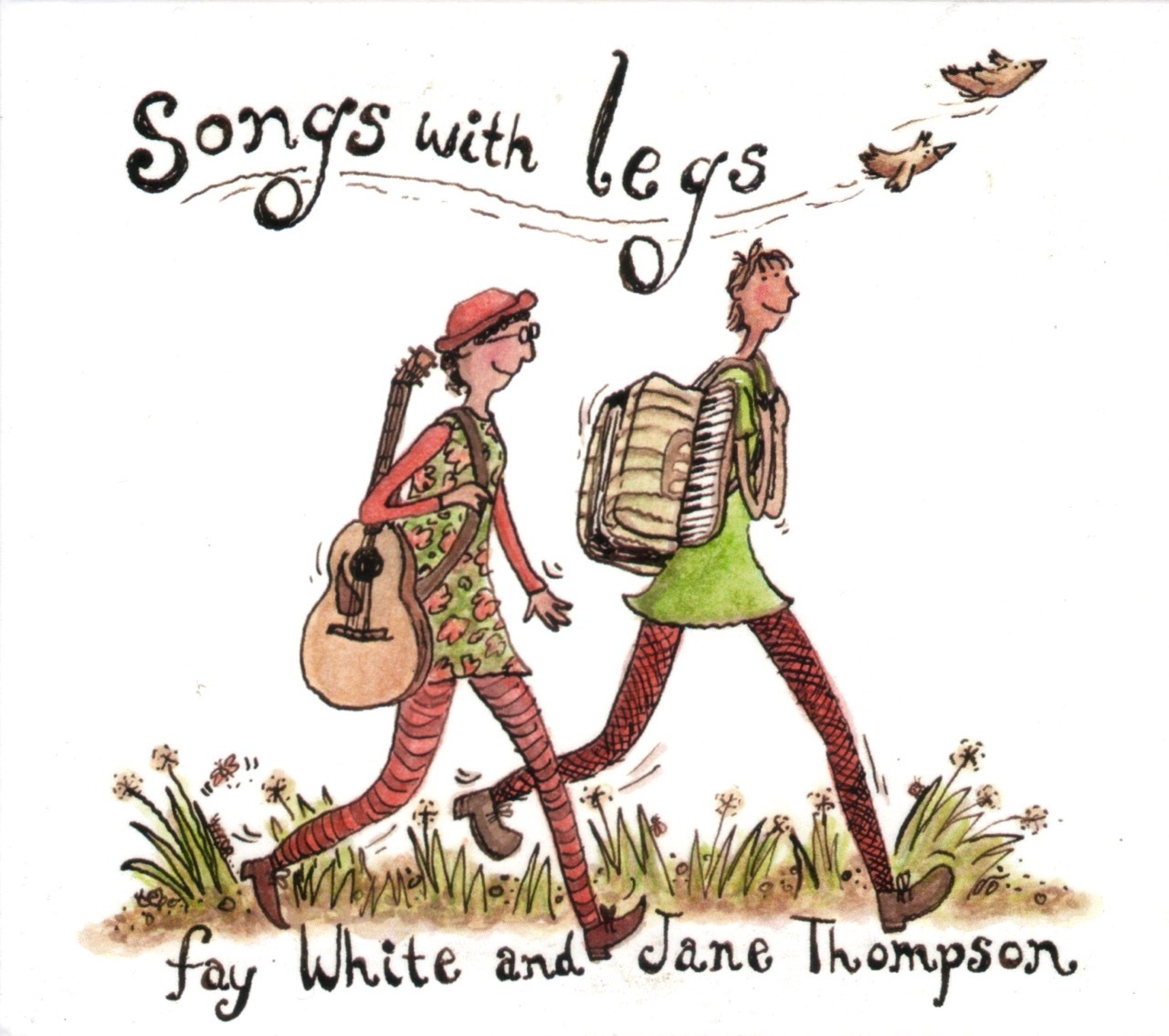 The Songs with Legs singing duo is the creative combination of the skills and gifts of two much-loved Australian singers, Fay White and Jane Thompson. Their team of two was launched in January 2011 to delighted acclaim from patrons of the wonderful little music festival "Newstead Live" in the riverside town of Newstead on the Loddon in Victoria, Australia.

They both have a passion for songs with heart, mind and soul, lyrics that tell the story of life as it is away from media bias and hype. They have worked up a fantastic collection of folksongs and contemporary songs in the folk tradition; songs that are poignant, funny, wise, ironic, topical and moving and grown from authentic connections to people and place. They accompany their songs with a captivating combination of guitar, accordion, flute, tin whistle, ukulele and percussion, and stories!

They bring a subtlety of interpretation to their songs, a singularly 'womanly' perspective and the kind of depth and heart that only comes with maturity. As such they are a rare and precious addition to the community of folk musicians in Australia.

The album contains a mix of cover songs and originals by Fay and Jane, all reflecting the characters and landscape of Australia. Fay and Jane make beautiful harmonies and blend their voices with a variety of instruments including guitars, accordion, ukulele, whistles, flutes and percussion.

This is a great addition to the rich tapestry of Australian folk music.

Check out a couple of tracks:  The Fading Roses; and Song Sampler.

This Compact Disc is housed in a Digipak with fold out insert containing lyrics, pressed in Australia.