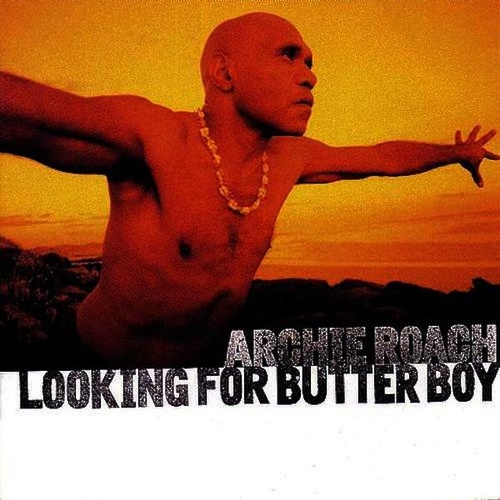 Looking For Butter Boy is the fourth album by Australian singer-songwriter and musician Archie Roach, originally released in October 1997 via Mushroom Records.

Archie Roach is an Australian musician, singer-songwriter and guitarist who has developed a unique voice and storytelling style to showcase Australia's diverse geographical and cultural backgrounds. He has become a very important musician and cultural figure in the Australian music landscape and writes songs of love and healing, always looking forward to the future with an amazingly positive outlook, given his personal journey in life.

His breakthrough was in 1990 with the release of his debut album Charcoal Lane, produced by Paul Kelly that contained the classic song Took The Children Away which won an international ‘Human Rights Achievement Award’, and the album two ARIA awards. He has overcome recent setbacks with the loss of his life partner Ruby Hunter in 2010 and then a stroke and lung cancer. Music has been part of his healing journey and he has made some of the strongest albums of his career with Into The Bloodstream in 2012 and now his latest release Let Love Rule.

On Looking For Butter Boy, Archie Roach ventures forth to assert the indigenous legacy from the perspective of his own strange, sad and beautiful life. His 1992 debut, Charcoal Lane, told the heartbreaking story of how Roach (like many other mixed race children) was taken away from his parents at the age of three. His second album, Jamu Dreaming, was a more hopeful celebration of his ancestry and search for justice.

Looking For Butter Boy was recorded with a small band at a guest house in Port Fairy on the Australian coast. It's a perfect setting for this mature, relaxed and expansive set, and Roach's voice - a burnished liquid wonder - bursts forth from the atmospheric swaying of guitars, mandolin, lap steel, drums and percussion like a rainstorm. At once tender and fierce, ancient and new.

Roach's songs are mostly autobiographical, seemingly simple catalogues of people and places that become bigger and stronger as the details draw you in.

On "A Child Was Born Here", he journeys through the scattered haunts of stolen children. On "F Troop", he revisits the Charcoal Lane neighborhood of his youth and recalls the bittersweet moment he met his brother for the first time. And on the album's most poignant track, "Louis St. John", he joins with his wife, singer Ruby Hunter, in a mournful affirmation of the persistence of the human spirit.

There are plenty of social preachers out there passing themselves off as musicians. Not since Bob Dylan's early recordings, though, have we had the combination of moral vision and personal modesty that makes for the kind of cohesive statement that Archie Roach brings.

This CD housed in a jewel case is manufactured in Australia.