Come Around Sundown is the fifth studio album by American alternative rock band Kings Of Leon, originally released in October 2010 via RCA Records.

Come Around Sundown was recorded in Nashville and New York between February and June 2010 with Jacquire King and Angelo Petraglia once more at the helm.

The album was another commercial success for the band reaching #1 in the UK and Australia and #2 on the US Billboard 200 albums charts.

In November 2011 the album received a nomination at the 54th Grammy Awards for Best Rock Album.

This double album is a 2018 reissue on 180 gram black vinyl housed in a gatefold sleeve with printed inner sleeves and download code, pressed in Europe via RCA Records. 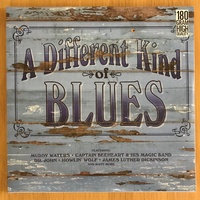