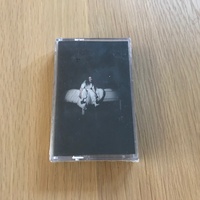 Billie Eilish - When We All Fall Asleep, Where Do We Go

When We All Fall Asleep, Where Do We Go? is the debut studio album by American singer songwriter Billie Eilish, released in March 2019 via Darkroom and Interscope Records.

Most of the songs on the album were co-written by Billie Eilish and her brother Finneas O'Connell, who produced the music in his small bedroom studio in Highland Park, Los Angeles.

Musically the album has been characterized as a pop, electropop, avant-pop, and art pop album, though it also features influences from hip hop and industrial music. Its songs explore themes such as modern youth, drug addiction, heartbreak, suicide, and mental health, with lyrical sensibilities of humour and horror.

Eilish said the album was inspired in part by lucid dreaming and night terrors, which are reflected on the albums cover photograph.

The album debuted at the top of the US Billboard 200 albums chart and became the best-performing album of 2019 in the US. It also reached #1 in the UK.

The album contains six US Billboard Hot 100 Top 40 singles: "When the Party's Over", "Bury a Friend", "Wish You Were Gay", "Xanny", "Everything I Wanted" and "Bad Guy", the last of which became her first #1 single in the US.

This album is a limited edition black cassette (originally only available through her webstore) with printed insert, pressed in Europe via Darkroom.