Blonde On Blonde is the seventh studio album by American singer songwriter Bob Dylan, originally released in May 1966 via Columbia Records.

Blonde On Blonde completed the trilogy of rock albums that Dylan recorded in 1965 and 1966, starting with Bringing It All Back Home and Highway 61 Revisited. Critics often rank Blonde On Blonde as one of the greatest albums of all time. Combining the expertise of Nashville session musicians with a modernist literary sensibility, the album's songs have been described as operating on a grand scale musically, while featuring lyrics one critic called "a unique mixture of the visionary and the colloquial". It was one of the first double albums in rock music.

If Highway 61 Revisited played as a garage rock record, double album Blonde On Blonde inverted that sound, blending blues, country, rock, and folk into a wild, careening, and dense sound. Replacing the fiery Michael Bloomfield with the intense, weaving guitar of Robbie Robertson, Bob Dylan led a group comprised of his touring band The Hawks and session musicians through his richest set of songs. Blonde On Blonde is an album of enormous depth, providing endless lyrical and musical revelations on each play. Leavening the edginess of Highway 61 with a sense of the absurd, Blonde On Blonde is comprised entirely of songs driven by inventive, surreal, and witty wordplay, not only on the rockers but also on winding, moving ballads like "Visions Of Johanna", "Just Like A Woman", and "Sad Eyed Lady Of The Lowlands".

Throughout the record, the music matches the inventiveness of the songs, filled with cutting guitar riffs, liquid organ riffs, crisp pianos, and even woozy brass bands ("Rainy Day Women #12 & 35"). It's the culmination of Dylan's electric rock & roll period - he would never release a studio record that rocked this hard, or had such bizarre imagery, ever again.

Check out the album’s singles: “One Of Us Must Know (Sooner Or Later)”; “I Want You” and “Just Like A Woman”.

This double LP album is a Legacy Vinyl Remastered Series Reissue on 180 Gram Audiophile Vinyl (in mono), housed in a Gatefold Sleeve, pressed in Europe. 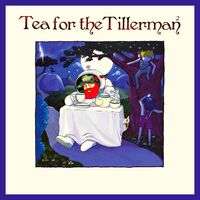