Feeling The Space would be the last solo album released by Yoko Ono in the 1970s, and the last album issued via Apple Records.

The entire album was written from a feminist perspective, focusing on the plights of women in the 1970s. The album liner notes parody adult advertising prevalent at that time, giving the phone numbers, birthdates and vital statistics of the male band members. John Lennon appears in the credits as “John O’Cean” with his phone number listed as “Not for Sale”.

It was originally planned that the album would be a double album release, however the record label insisted that it be edited to a single LP. Two of the songs that were omitted from the album were released as singles in Japan.

The album received mixed reviews on release. Stephen Holding wrote a positive review for Rolling Stone magazine (unrated) as follows:  “…Not bad, at all. Backed by some of the best musicians in the business, among them David Spinozza, Jim Keltner, Sneaky Pete and Jeremy Steig, Yoko's latest is her most accessible. At the core of her artistry is the aesthetics of childlike wonder, a radically assumed innocence that demands either emotional participation or rejection, leaving no in-between ground. Feeling In Space comprises 12 sung poems, many of them head-on expressions of Yoko's passionately feminist humanism. The three best cuts are "Growing Pain," a plaintive ballad with a sweet melody and blunt, striking images; "Woman Power," an elemental rocker, and the narrative "Angry Young Woman." Though Yoko's singing continues to improve, her writing is still much better than her vocals, also, on occasion she shows a welcome and refreshing sense of humor…”

This LP record is a 2017 reissue on black vinyl with a printed booklet and digital download code with bonus tracks, pressed in the US via Chimera Music and Secretly Canadian. 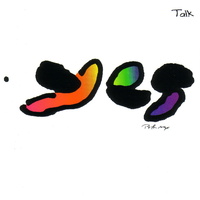