It was during the 1990s that Yes underwent one of its not infrequent periods of revolutionary change. Although it might appear unusual to the outside world, the idea of constantly re-moulding the Yes concept ensures the band remains a dynamic force. One result of such upheaval was the creation of Talk, the 1994 album regarded by many critics as their most powerful and intriguing pieces of work. It certainly represents 'a journey into the unknown' - as the album's producer, the multi-talented Trevor Rabin, describes it.

After the Union tour it was decided that Yes would carry on with Trevor Rabin, Jon Anderson, Tony Kaye and Alan White. Their plan was to record a new album produced by Trevor, which evolved into Talk. Trevor and Jon wrote all the music and lyrics. The aim was to tackle the challenges of the computer age. However, as can be heard on this welcome LP reissue, many of the traditional Yes qualities remain, including the use of acoustic guitar, vocal harmonies and a touch of the traditional Hammond organ sound.

In the aftermath of Talk, Yes was reborn with Jon, Chris, Steve Howe and Alan White back together. A succession of splendid new albums followed, including Open Your Eyes (1997) and The Ladder (1999). During 2001 the band embarked on a Yes Symphonic tour.

Pop artist Peter Max created and signed the artwork for the album, and the sleeve contains a message "dedicated to all Yes fans".

The members of Yes who recorded this album were:

Talk was a mild commercial success upon its release, reaching #20 in the UK and #33 in the US, and received a poor reception from music critics. The Calling and Walls were released as singles that charted at #3 and #24 on the U.S. Hot Mainstream Rock chart.

Checkout a couple of tracks off the album:  The Calling, I Am Waiting , Walls and Where Will You Be.

This double album 2LP record set is a Music On Vinyl reissue (May 2015) on 180 gram audiophile vinyl housed in a gatefold sleeve with 4 page insert and bonus track, pressed in Europe. 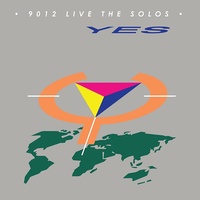