Forget everything you've heard, and forget who you think "is Yes" and whether or not you think Yes can still "be Yes" without Jon Anderson. After the departure of Anderson and Rick Wakeman, Trevor Horn and Geoff Downes, (i.e. The Buggles) were recruited as permanent replacements. This move had fans worried that this was the new Yes as they couldn’t comprehend the fit of the creators of "Video Killed The Radio Star" with Yes. As a result Drama was greeted with well, drama.

If you listen to the album without prejudice, you'll have to admit Drama is a very good progressive rock album even without the distinctive voice of Jon Anderson. This is not simply "a good album considering the circumstances" (Jon's absence), this is one of Yes’ better albums.

From the first sounds of album opener Machine Messiah it is clear that the music on this album has a lot more rhythm and heavy guitar chords than it’s recent predecessors. The whole album is dominated by the excellent melodic guitar parts of Steve Howe, who shines like a star like he never did on any other Yes album. But it wouldn't be fair to make comparisons to other Yes releases because the album really is one of a kind.

There's some pop-influence, especially on Run Through The Light and you can hear that most of the songs are based on the bass lines of Chris Squire, being the only founding member of Yes in 1980. But this is no bad thing, it works ands gives the album more power. The keyboards of Geoff Downes seems to fit Yes perfectly, he even enriches the Yes sound with a great atmosphere and new sounds which Wakeman wouldn't use.

The tracklisting doesn't have a weak spot with most of the songs being quite long.

White Car and Does It Really Happen, blend perfectly and really could be considered as one, the latter is an uplifting track in a rock scene, with some poppy beat.

Into The Lens has a relatively simple structure, nice melody and close proximity with typical pop music.

Final track Tempus Fugit is really uplifting and rocking! It has a high energy in term of melody as well as tempo with dazzling bass guitar.

Don’t ever believe the story that Yes is meaningless without Anderson and Wakeman, Drama proves that wrong.

The members of Yes that recorded this album were:

This remastered LP on 180 gram heavyweight audiophile vinyl, housed in a gatefold sleeve is pressed in the USA by Atlantic Records. 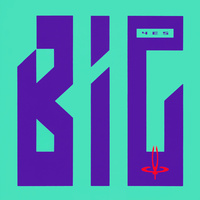