When Wild Beasts announced that they would be calling it a day, the news came with an unusual absence of drama. There were no bust-ups or breakdowns to report, no warring words, not even a trace of the trademark “creative differences”. Instead there was a dignified and heartfelt message to their fans that explained that the band had run its course.

For those who’d watched the Cumbrian group grow from purveyors of peculiar guitar pop into one of the most inventive and important bands of their generation, the news came as a shock. Weren’t they just hitting the peak of their powers? Perhaps that was the point.

Wild Beasts will play their final ever shows in February 2018, and the band bids a bittersweet farewell with Last Night All My Dreams Came True, a live studio album.

Last Night All My Dreams Came True is a career-spanning collection and features songs from each of Wild Beasts’ studio albums with an emphasis on their most recent studio album Boy King (2016). Looking back on Wild Beasts’ back catalogue and the themes they tackled, there is a sense of prescience – toxic masculinity, gender fluidity, the conflicts surrounding class, politics and art were no bandwagon jumps, often becoming hot topics in the media several years after they’d been eloquently dealt with on record.

Last Night All My Dreams Came True was recorded in two days over the summer of 2017 at the legendary RAK Studios in London, and captures a band at the height of their powers, featuring a selection of their finest songs.

James McNair reviewing the album for Mojo music magazine, rated the album 4 out of 5 stars, writing “…Instead the Cumbrian art-rockers go out on this crisp, thoroughly engaging high: a live in the studio, Boy King heavy stroll through some of their bi-hitters recorded at RAK in London over two days last summer. Standouts such as All The King’s Men and Wanderlust act as welcome reminders of a Zeitgeist-chasing band whose singularity, focussed vision and lyrical intelligence with be sorely missed, while unique inclusion The Devil’s Palace – a kind of mash-up of The Devil’s Crayon oand Pacace – pairs Tom Fleming’s scuffed baritone with Hayden Thorpe’s extraordinary falsetto…”

Check out the tracks:  “All The King’s Men”; “Wanderlust”; “The Devil’s Palace”; “Big Cat”; and “Celestial Creatures”. 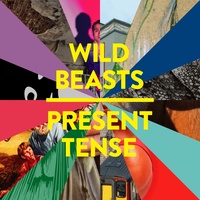 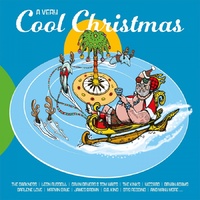