Roll With The Punches is the thirty-seventh studio album by Irish singer-songwriter Van Morrison, released in September 2017 via Exile Records and Caroline International.

Roll With The Punches sees Van Morrison simultaneously hand picking a selection of rhythm and blues classics (by the likes of Bo Diddley, MoseAllison, Sister Rosetta Tharpeand Lightnin' Hopkins among others) and recording a set of new self-written songs.

This is an album that features raw, intimate interpretations of some of the cornerstones of rock 'n' roll, together with the five new compositions.

At the sprightly age of 72, Morrison breathes new life into some of these classic songs, such as Little Walter’s “Mean Old World” and a rousing take on Bo Diddley’s “Ride on Josephine”. “Transformation” contains a great interplay between Morrison’s vocals and Jeff Beck’s slide guitar and “Goin’ To Chicago” opens with Georgie Fame on vocals before Morrison takes over later in the song.

The album is fresh and sounds as if each track has been recorded live, rather than in the studio. Morrison and his friends sound like they are having fun making music they love, and honour these songs with a fresh and unique Van Morrison spin on them.

Check out the tracks:  “Transformation”; “Bring It On Home To Me (Live); “Roll With The Punches”; “Fame” and “Ride On Josephine”. 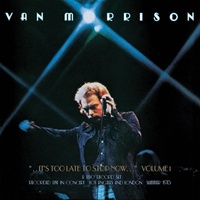 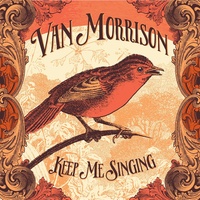