TOMGIRL's self-titled album is a 33-minute dark noir ride through cult B-movie homages and outlaw Americana, chronicling the duo’s lawless escapades, deadly criminal encounters and white-hot passion. As individual stories, TOMGIRL's 10 tracks traverse different territories in a wide-ranging spectrum of sound, spanning distinct influences and eras while maintaining a dark noir aesthetic throughout. However, when pieced together, each song represents a chapter in the story as a whole, characterizing the different emotions and expressions of a love that burns so bright it consumes all in its path.

On the first listen to the album, it reminds "The Captain" of Blondie and other new wave music made in the late 70s and early 80s. The songs are strong, melodic and feature rythmic bass and drums to set the beat and are embellished with fuzz guitars, keyboards and delicious vocals. The album is engaging from start to finish and the little intro and outro at the start and finish of the album set the scene for the songs on the album.

Darker Now is a great beat laden song to kick off the record with a strong chorus which will hook you in, with guitars that echo in the background. Heartbeats ups the pace driven by fuzz guitars and will get your heartbeat moving with this tale of lust. Walk All Over Me is a bad-ass homage to country music and tells of a woman scorned and the risks of crossing with the wrong girl. Lust to Dust is a great song as well and Alchemy slows things down a little and allows room for Ko's vocals to shine amid the guitars, leaving "The Captain" wondering what might emerge from this transformation experiment.

In December 2016 Apple Music crowned TOMGIRL as the Best Album of 2016 in Singapore!

Check out the video clip for the second single released from the album in January 2017 - Heartbeats.

This is a really cool record!

The album was written, preformed and produced by Cherie Ko and Ted Doré, with additional co-production by Roland Lim and drums played by Brody Simpson.

This LP Record is on 180 Gram Vinyl with a Printed Insert with Lyrics and Credits and a Digital Download Card, pressed in the UK and is limited to 100 Copies.

TOMGIRL is a rock duo comprised of Singapore based guitarist and singer-songwriter Cherie Ko and Melbourne based multi-instrumentalist musician Ted Doré.

The pair met at a music festival in Singapore and discovered a mutual passion for music and began writing songs together both in Singapore and apart, with Doré based in Melbourne and Ko based in Singapore. Inspired by classic film noir thrillers, motorbike ganglands, insidious femme fatales, their debut album TOMGIRL is a deadly assault of heavy guitar riffs, pounding drumbeats and fuzzy bass lines; a smouldering aural seductress of tempestuous desires. The world of TOMGIRL may thrive on noir, but it’s the playful juxtaposition of colour that brings a balanced visual aesthetic that captivates.

They launched the album at the Singapore Mosaic Festival on 4 September 2016.

Cherie first picked up the guitar in her bedroom and started recording covers and posting them on YouTube which garnered over 3 million views. In 2012 she joined Obedient Wives Club as the lead guitarist and the band released an EP Murder Kill Baby in 2013. She also formed the slowcore international trio Bored Spies and released a 7" single Summer 720.

Cherie also formed her own solo electronic music project Pastelpower from 2012 to 2015 that released an EP Sparkling Eyes Demo in 2014.

Ted is a self-taught multi-instrumentalist who has been bedroom producing since his teen days. After a serendipitous meeting with Cherie Ko at a music festival, Ted discovered a shared musical interest in 60's garage rock and 90's shoegaze and decided to form TOMGIRL, a project that harks back to the old days when music was brash, primitive and visceral.

Ted's musical influences include The Sonics, The Stooges, Suicide, Jesus and The Mary Chain, Slowdive, My Bloody Valentine and Bruce Springsteen. 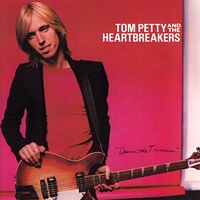 Tom Petty And The Heartbreakers - Damn The Torpedo