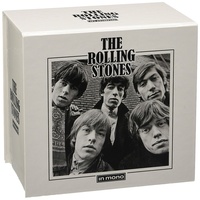 Most popular artists didn’t start exclusively mixing their records to stereo until 1968 or so. That’s one reason why mono versions of ’60s recordings are in such high demand among collectors these days. Like other key bands from the ’60s, the Rolling Stones‘ original mono editions are prized among fans for their sonic clarity and punchier mixes.  You can add the 16 LP The Rolling Stones In Mono to that list of indispensable sets.

The box includes all of the U.K. and most of the U.S. versions of all the band’s ’60s albums, from their self-titled 1964 debut through the decade-ending Let It Bleed. There’s also a new 24-track compilation called Stray Cats that collects singles and EP tracks that, for the most part, didn’t find homes on any of the LPs. In between all of this is some of the most vital music the ’60s produced.

While the differences in the Stones’ mono records aren’t fairly subtle, the fuller and more muscular mixes on The Rolling Stones in Mono are often the better ones. Albums like The Rolling Stones Now! and Out Of Our Heads benefit from the uncluttered and more direct approach; even Their Satanic Majesties Request bounces out of the speakers in mono.

Beggars Banquet and Let It Bleed, released at the tail end of the ’60s, and therefore the tail end of mono as the preferred mix, were both originally released (with one exception) in true stereo, so the fold-down mono editions here are more for period completion than authentic representations of the era.

But the albums that were intended to be heard this way receive new life on The Rolling Stones in Mono. Two of the Stones’ most forward-looking albums, Aftermath, included here in both its U.K. and U.S. forms, and the U.S.-only Flowers - a compilation record that collected parts left off the American Between The Buttons, which may explain that album’s absence from the box - sound especially vibrant now.

The new disc of leftover tracks is revealing too, with the “19th Nervous Breakdown” and “Street Fighting Man” singles checking in with different (and in the case of “Street Fighting Man,” angrier and nastier) Mick Jagger vocal performances than the ones you’re used to. Together, they help sum up the Rolling Stones’ formative years and the start of one of rock ‘n’ roll’s greatest album runs.

The records the Rolling Stones made in the ’60s are worth hearing in any form. But here they burst with the original and electrifying force of the era.

This Limited Edition Box Set contains sixteen LPs with Remastered Mono Audio, is pressed in Europe on 180 Gram Heavyweight Vinyl, individually numbered and limited to 10,000 copies, with a 48 page booklet.

The Rolling Stones In Mono contains the following albums: 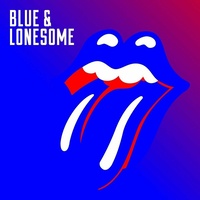