Beggars Banquet, the album that set the template for The Rolling Stones as we know them today, was an exercise in getting back to basics after the redundant excesses of their previous album, 1967's psychedelic Their Satanic Majesties Request.

Working for the first time with American producer Jimmy Miller, the Stones are here at their sharpest. Keith Richards reclaimed responsibility for the group after a troubled year, recording several basic tracks at home on cassette; hence the gloriously wonky backings on several cuts.

Opening track “Sympathy For The Devil” sets a high standard for the album, from its shimmeringly effective piano, bass and conga introduction, its marriage of highly sensual music and provocative lyrics has to be one of the greatest in rock. The lyrics still have the power to chill and many legends have arisen concerning its recording, such as pluralising the name Kennedy when news of Bobby Kennedy's death came through on 6th June during the sessions and the way the song's trademark "woo woos" came from nowhere, led by Anita Pallenberg from the control booth. With this track, the Stones' demonic reputation was sealed.

There is much to enjoy. “Street Fighting Man” conflated Jagger's imaginary hard-done-by blues man momentarily confused and out of step with the political climate of 1968. The self-referencing and mocking “Jigsaw Puzzle” is a treat; “Factory Girl” is folky and pastoral; “Salt Of The Earth”, made poignant by its performance in the Rock 'n' Roll Circus film, closes the album.

Preceded by standalone “Jumping Jack Flash”, Beggars Banquet established the Stones as 'The Greatest Rock'n'Roll Band in the World”.

Check out the album tracks: “Street Fighting Man”; “Sympathy For The Devil”; and “Stray Cat Blues”.

This LP record is on 180 gram heavyweight vinyl featuring the 2002 remastered audio, housed in a gatefold sleeve, pressed in Europe via the "ABKCO the Rolling Stones DSD Remastered" series. 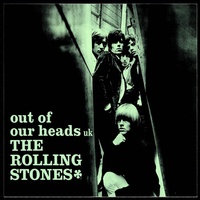 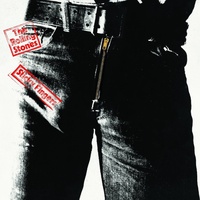