Battle Born is the fourth studio album by American rock band The Killers, originally released in September 2012 via Island Records in the US and Vertigo Records in the UK.

After completing their touring commitments in 2010 in support of their 2008 studio album Day & Age, the band took a break to work on solo projects and family commitments. The band reconvened in late 2011 to begin work on a new studio album at their own Battle Born studios in Nevada. The first two tracks that came together were “Runaways” and “Miss Atomic Bomb”.

The album received mostly positive reviews from music critics upon release and debuted at #3 on the US Billboard 200 Albums chart. The album reached #1 on the UK Albums chart and #2 on the Australian ARIA Albums chart.

Check out the singles:  “Runaways”; “Miss Atomic Bomb”; and “Here With Me”; and “Battle Born”. 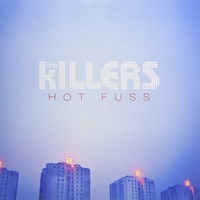