Live 1981–82 is the second live album by Australian post-punk band The Birthday Party, released in August 1999 via Liberation Records.

Check out the tracks from the album "Release the Bats" and the band's cover of the Stooges' "Fun House".

This Double Album 2LP Vinyl Record set is on 180 Gram Vinyl and is housed in a gatefold sleeve and was pressed in Australia. 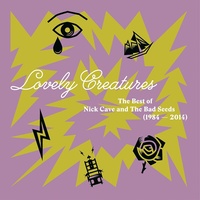