Like the Perth band's debut studio album, Innerspeaker, Lonerism was written, recorded, performed, and produced by Kevin Parker, with live member Jay Watson contributing on two tracks. Recorded mostly in Perth, but also in Paris, France, Lonerism builds on the psychedelic sound of its predecessor by featuring fewer guitars and more synthesisers and samples.

After the release of their widely successful Innerspeaker, the band had already begun working on a follow-up. In an interview with Triple J talking about their debut album's recent nomination for the J Award, Parker stated that they have secretly been recording a new album. "Jay and I have been recording pretty compulsively and album number two is nearing potential completion already and I'm so excited about it that I'm having trouble keeping myself from telling you all about it". This came as a big surprise as this was said only months after the release of Innerspeaker.

Parker revealed that the album title and general themes of isolation and introspection were selected when "We were touring so much and doing all these gigs and going to places with people. It reminded me of when I was a kid trying to be social and trying to be a people person and realising that I'm not. The last years of touring and me being a people person is just something that's not in my blood."

Lonerism received critical acclaim upon release, and many critics ranked it among the best albums of 2012. It reached #4 on the charts in Australia, #14 in the United Kingdom, and #34 in the United States. It has sold over 210,000 copies in the United States, and is certified platinum in Australia and silver in the UK. At the 2013 ARIA Awards, Lonerism won Best Rock Album and Album of the Year, while at the 56th Annual Grammy Awards, it was nominated for Best Alternative Music Album.

Check out a couple of tracks from the album:  "Mind Mischief", "Elephant", and "Feels Like We Only Go Backwards". 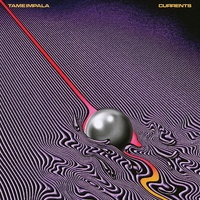