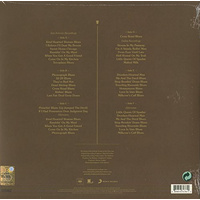 Robert Johnson was an American blues singer-songwriter and musician who was an itinerant performer playing mostly on street corners, juke joints and Saturday night dances, and is regarded as the “king” of the Delta blues.

In 1936 and 1937, Robert Johnson recorded two sessions of Delta blues that would profoundly shape the course of rock music over the 20th Century.

Around 1936 with the help of H. C. Speir, Johnson was put in touch with the American Record Company (ARC) group of labels and introduced to producer Don Law who went on to record his first sessions in San Antonio, Texas.

The first recording session was held on 23 November 1936, in the Gunter Hotel, Room 414, in which Brunswick Records had set up to be a temporary recording studio. During the ensuing three-day recording session, Johnson played 16 selections and recorded alternate takes for most of them. He reportedly performed facing the wall, which has been cited as evidence he was a shy man and reserved performer. This conclusion was played up in the inaccurate liner notes of the 1961 album King of the Delta Blues Singers. The slide guitarist Ry Cooder speculates that Johnson played facing a corner to enhance the sound of the guitar, a technique he calls "corner loading".

Songs Johnson recorded in the San Antonio sessions included "Come On in My Kitchen", "Kind Hearted Woman Blues", "I Believe I'll Dust My Broom" and "Cross Road Blues". The first recordings to be released were "Terraplane Blues" and "Last Fair Deal Gone Down", on a 78 RPM Shellac single. These were probably the only recordings of his that he would live to hear. "Terraplane Blues" became a modest regional hit, selling 5,000 copies.

In 1937, Johnson travelled to Dallas, Texas, for the second recording session with Don Law in a makeshift studio at the Vitagraph (Warner Brothers) Building, at 508 Park Avenue, where Brunswick Record Corporation was located on the third floor. Eleven records from these sessions on the 19th and 20th of June 1937, would be released within the following year. Johnson did two takes of most of these songs, and recordings of those alternate takes survived. Because of this, there is more opportunity to compare different performances of a single song by Johnson than for any other blues performer of his time and place. Johnson recorded almost half of the 29 songs that make up his entire discography in Dallas.

In contrast to most Delta players, Johnson had absorbed the idea of fitting a composed song into the three minutes of a 78-rpm side. This is showcased in his second set of recordings from which most of Johnson's "sombre and introspective" songs and performances come from.

While Robert Johnson's professional recording career can be measured in months, his musical legacy has survived more than 70 years. Two Chicago bluesmen Muddy Waters and Howlin' Wolf, have their roots in the Delta: both knew Robert Johnson, and were heavily influenced by him. Johnson's emotive vocals, combined with his varied and masterful guitar playing, continue to influence blues and popular music performers to this day.

The Complete Recordings: The Centennial Collection is the ultimate document of these ground breaking recording sessions. All 42 known recordings are remastered on 3 LP vinyl records, packaged in a deluxe tri-fold jacket including extensive liner notes. It is the first time Johnson’s complete recorded works are available in one vinyl package. This set also includes an exclusive bonus poster featuring the original labels of Johnson’s 78 RPM singles, released by Vocalion 80 years ago.