Undaunted by the criticism previous album Around The World In A Day received, Prince continued to pursue his psychedelic inclinations on Parade, which also functioned as the soundtrack to his second film, “Under The Cherry Moon”. It is the final album to feature his backing band The Revolution. Originally conceived as a double album, Parade has the sprawling feel of a double record, even if it clocks in around 45 minutes.

Prince & the Revolution shift musical moods and textures from song to song. The fluttering psychedelia of "Christopher Tracy's Parade" gives way to the spare, jazzy funk of "New Position", which morphs into the druggy "I Wonder U" - and they're determined not to play it safe, even on the hard funk of "Girls And Boys" and "Mountains," as well as the stunning "Kiss", which hits hard with just a dry guitar, keyboard, drum machine, and layered vocals.

All of the group's musical adventures, even the cabaret-pop of "Venus de Milo" and "Do U Lie?" do nothing to undercut the melodicism of the record, and the amount of ground they cover in 12 songs is truly remarkable.

Parade is bookended by two songs - "Christopher Tracy's Parade" and "Sometimes It Snows In April" - that reference Christopher Tracy, the protagonist from “Under The Cherry Moon”. The latter song is an acoustic ballad with chromatic choruses and sentimental lyrics bidding farewell to Tracy.

For some tastes, it may also be a bit too lyrically cryptic, but Prince's weird religious and sexual metaphors develop into a motif that actually gives the album weight. If it had been expanded to a double album, Parade would have equaled the subsequent “Sign 'o' The Times”, but as it stands, it's astonishingly rewarding.

Check out the singles from the album: “Kiss”; “Mountains”; Anotherloverholenyohead” and “Girls & Boys”.

This remastered LP on 140 gram vinyl housed in a gatefold sleeve is pressed in Europe. 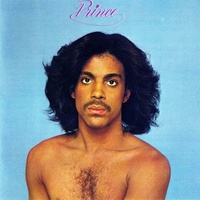 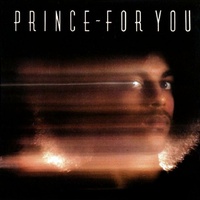