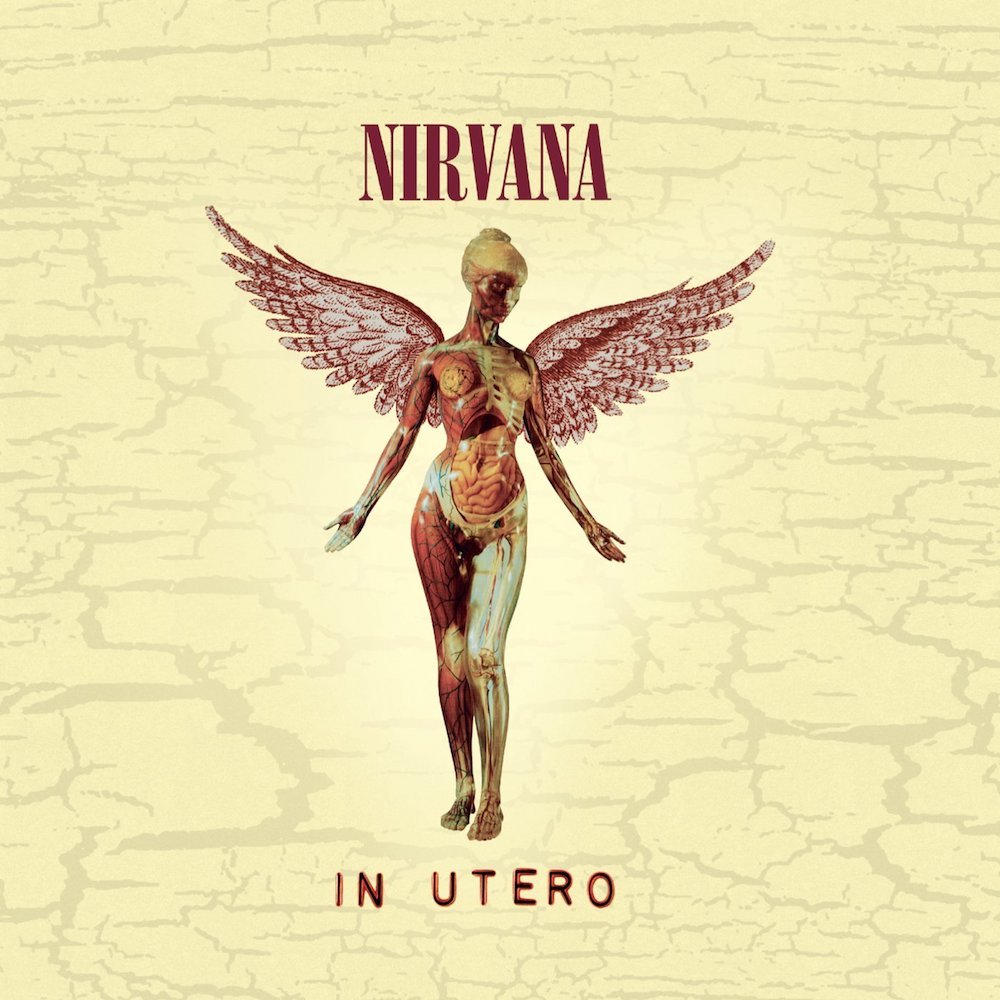 In Utero is the third and final studio album by American grunge rock band Nirvana, originally released in September 1993 via DGC Records.

In Utero was Nirvana getting back to their rawer roots. Cobain not having been enamoured with the smooth touch of ‘Nevermind’, handing the production duties to indie-veteran Steve Albini's with his workman-like punk and indie anti-hero kudos.

It seems odd that a record something so unexpectedly successful could spawn something that so apparently attempts to be the opposite, but such was the staggering level of expectation post-Nevermind that Nirvana brilliantly seek to upset and confound absolutely everyone.

This is Cobain letting us under his membrane-thin skin, into the recesses of his fragile mind, to play air-drums and head-bang with his demons, of which there are many.

It’s a diary of the damage wrought by having an extraordinary dream come true but not coping well with the consequences. Cobain is tapping the listener into the competing urges behind the obsessive, manically-depressive, contradictory, bleak, vulnerable and lonely voices in his head.

In Utero noisily hops between feedback-drenched, searing barrages of emotion to complex and catchy, credible and clever pop-punk dissertations; underneath the sharper edges Nirvana’s talent for melody and memorable songwriting are still alive and kicking.

Albini’s production revels in the fact that the instruments aren’t so much being played as being kicked around while having their necks wrung, he also captures a more charming, human aspect to Cobain’s vocals and the painful persistence and desperation of his trademark screams.

It's powerful, personal, psychological, physiological, scatological, paranoid, frenzied and exhausting, beautifully frank and funny and poetic and infectious and disarming and saddening and upsetting and willfully uncomfortable. And great.

Check out the tracks: “Heart Shaped Box”; “All Apologies”; “Rape Me” and “Pennyroyal Tea”.