Kicking off with the dirty sound of Blew and Floyd The Barber – a couple of furious, dark and muddy openers. The albums’ stand-out track All About A Girl is a ballad that should be used as a template by Emos, with Cobain’s superb throaty vocal over a much poppier sound than much of what we are normally used to from Nirvana.

School is the classic example of the minimalist grunge, with just four lines hidden under a filthy base and the album reaches a thrilling crescendo with the angry duo of Big Cheese and Downer.

Check out these tracks: All About A Girl; Blew; Floyd The Barber; Big Cheese and Downer.

This 2011 remastered vinyl LP from the original analogue master tapes includes a printed inner sleeve and digital download, pressed in the US. 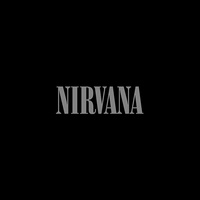