Virtually ignored on its release, Pretty Hate Machine gradually became a word-of-mouth cult favourite. Despite frequent critical bashings, its stature and historical importance only grew in hindsight. In addition to its stealthy rise to prominence, part of the album's legend was that budding auteur Trent Reznor took advantage of his low-level job at a Cleveland studio to begin recording it.

Reznor had a background in synth-pop, and the vast majority of Pretty Hate Machine was electronic. Synths voiced all the main riffs, driven by pounding drum machines; distorted guitars were an important textural element, but not the primary focus.

Pretty Hate Machine was something unique in industrial music, certainly no one else was attempting the balladry of "Something I Can Never Have", but the crucial difference was even simpler. Instead of numbing the listener with mechanical repetition, Pretty Hate Machine's bleak electronics were subordinate to catchy riffs and verse-chorus song structures, which was why it built such a rabid following with so little publicity.

That innovation was the most important step in bringing industrial music to a wide audience, as proven by the frequency with which late-'90s alternative metal bands copied Nine Inch Nails’ interwoven guitar/synth textures. It was a new soundtrack for adolescent angst, noisily aggressive and coldly detached, tied together by a dominant personality.

Reznor's tortured confusion and self-obsession gave industrial music a human voice, a point of connection. His lyrics were filled with betrayal, whether by lovers, society, or God. It was essentially the sound of childhood illusions shattering, and Reznor was not taking it lying down. Plus, the absolute dichotomies in his world, there was either purity and perfection, or depravity and worthlessness, made for smashing melodrama.

Perhaps the greatest achievement of Pretty Hate Machine was that it brought emotional extravagance to a genre whose main theme had nearly always been dehumanization.

This reissued LP with reproduced artwork and printed insert is pressed in Europe on black vinyl. 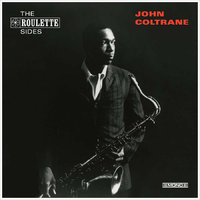 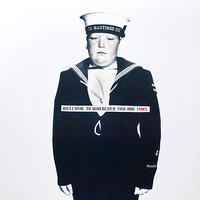