Skeleton Tree is the follow-up to the band's critically acclaimed album Push the Sky Away (2013) and was recorded over a two-year period in several studios in Brighton, La Frette-sur-Seine and London and was produced by Nick Cave, Warren Ellis and Nick Launay.

During the sessions Cave's 15-year-old son Arthur died from an accidental cliff fall. Most of the album had been written at the time of Cave's son's death, but several lyrics were amended by Cave during subsequent recording sessions and feature themes of death, loss and personal grief.

Skeleton Tree's minimal production and "less polished" sound incorporates elements of alternative rock, electronica and ambient music and features extensive use of synthesisers, drum machines and loops that were previously explored on Push the Sky Away. Several songs on the album utilise avant-garde techniques, including the use of dissonant musical elements and non-standard song structures. Cave's allegorical and often-improvised lyrics have also been noted to be less narrative and character-based than on previous Bad Seeds' albums.

One More Time with Feeling, a documentary film about the aftermath of Cave's son's death and the recording process of Skeleton Tree, accompanied the album's release. Directed by Andrew Dominik, the film received a limited release and was conceived by Cave to explain the context and themes of Skeleton Tree without conducting interviews with the media. Both the film and the album received widespread critical acclaim.

Skeleton Tree's sleeve design was created by the Hingston Studio, an independent creative agency based in London; Tom Hingston, the agency's creative director, had previously designed the sleeve and cover art for Push the Sky Away. The front-cover artwork features a solid black background, with the band name and album title in monospace-style green font in the bottom-left centre.

Upon its release Skeleton Tree received rave reviews from music critics and audiences. At Metacritic, which assigns a normalised rating out of 100 to reviews from mainstream critics, the album received an average score of 93, based on 26 reviews, indicating "universal acclaim".

Skeleton Tree debuted at #1 on the Australian Albums Chart as well as on several international albums charts. It also debuted at #2 in the UK and #27 on the US Billboard 200 Albums chart, his highest charting album to date in the US.

Check out a couple of tracks from the album:  Jesus Alone, I Need You, Rings of Saturn, Girl in Amber and Distant Sky.

This LP vinyl record is housed in a heavyweight sleeve with printed inner sleeve and digital download code, pressed in Europe. 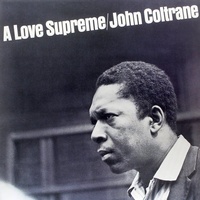