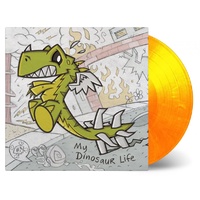 The American rock band Motion City Soundtrack formed in 1997 in the US and released several successful albums from 2003 until 2015. The bands line-up consists of Justin Pierre (vocals, guitars), Joshua Cain (lead guitars), Jesse Johnson (keyboards), Matthew Taylor (bass), and Tony Thaxton (drums). The group disbanded in 2016 and announced a reunion in 2019. They will start touring again in early 2020.

Motion City Soundtrack's fourth studio album My Dinosaur Life was their first album to be released via Columbia Records after signing a new record deal with the label. The album was produced by Blink-182 member Mark Hoppus. The album was well received by music critics. The pop-punk record combines the best of their energetic and humoristic music, and also contains some of their darker and more serious songs.

Fast guitars, loud drums, and memorable hooks mark this album. “Worker Bee” brings their power chords, while "Her Words Destroyed My Planet" may be their ultimate track, filled with sad lyrics and a memorable chorus. After more than 10 years they've found the ultimate mix between their serious and more humoristic side.

The band chose the title My Dinosaur Life after a quote Pierre kept repeating (they felt it a nice representation of the album's themes, which include growing old and feeling out of place), a misquote of a line ("my dragon life") from the 2008 film American Teen. The album's music is inspired by post-hardcore music; Pierre cited Archers Of Loaf, Fugazi, and Dinosaur Jr. as inspirations for the album's sound.

Motion City Soundtrack band members that recorded this album were:

This album gave the band their highest charting peak position in the US, reaching #15 on the Billboard 200 albums charts. The album also reached #50 on the Australian charts. In support of the album, the group toured worldwide, making appearances in the US, UK, Australia, and Japan. 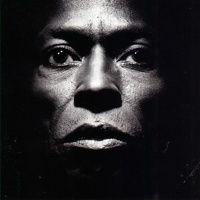