Born To Die – The Paradise Edition is an extension of the second studio album by American singer-songwriter Lana Del Rey, released in November 2012 via Interscope / Polydor Records.

Lana Del Rey, like many artists people seem to either love her or love to hate her, with the haters not really being able to say why. Either way it’s hard to be ambivalent… and if you are ambivalent, set aside 10 minutes of your life and watch the “Ride” music video, where a vamped-up Lana walks the streets of a dead-end southwestern town, gets bent over a pinball machine by a Hells Angel lookalike, holds a gun to her head while wearing an Indian headdress, and eventually becomes the queen of a biker gang. It’s “Thelma and Louise” meets grindhouse, and if it doesn’t leave you feeling something - distaste, interest, arousal, confusion - then you’re about dead inside.

Paradise is a standalone EP that’s also being attached to the deluxe edition of Born To Die, is every bit as polarising as Lana’s debut, which ignited a firestorm of accolades, accusations, and YouTube hits.

She plays the same character on every tune - a stoned, submissive Lolita with a taste for the darker things in life - and she does so convincingly, singing every song with a woozy coo that sounds a bit like Marilyn Monroe on opiates. Occasionally, she flips into her head voice and trills her way around some impressive R&B riffs, and the verse of “Ride” features a lot of sultry rumblings from the lower end of her range. More often than not, though, she sticks to a deadpan delivery.

“My pussy tastes like Pepsi-Cola,” she informs us at one point. Lines like that are a dime a dozen on an EP that veers between come-ons (“Let me put on a show for you, daddy”) and mid-coital exclamations (“Fuck yeah, give it to me”), and Lana sings each one with sluggish sexiness, like a femme-bot whose batteries have started to short out.

The whole thing is exploitive, and it’s easy to see why people desperately want to dislike it… but the music is oddly gorgeous, laced with soft piano chords and moody strings that ooze their way through every song like slow-moving waves of cough syrup. Atmospheric and manic-depressive, it feels like the score to a movie that doesn’t exist.

Lana’s voice has gotten better, but she isn’t selling her voice. She’s selling something larger - a romanticised vision of mid-century Hollywood; a Jessica Rabbit-worthy silhouette; a voyeuristic peek at a young girl who seems to enjoy losing her innocence; a dedication to long-form music videos whose length, cinematic quality and sheer strangeness would’ve made Michael Jackson proud - and she sells it well.

Once you accept that Lana knows exactly what she’s doing - that she, not Interscope Records or any of her co-producers, is the architect behind this R-rated retro-pop fantasy - then maybe you’ll start loving her, too.

Check out the tracks: “Ride” and “Burning Desire”.

This Limited Edition comprises the eight track Paradise 12” EP along with a slipcase to hold the separate Born To Die album, and is pressed in Europe on 180 Gram Heavyweight Vinyl. 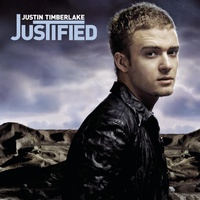