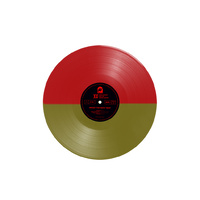 This is the second studio album for 2019, following Fishing For Fishies released in April 2019 and marks a significant stylistic change from any of their previous albums. Stripped down to core elements of electric guitars, bass and drums, and banished are the keyboards and harmonica infused soundscapes that gave Fishing For Fishies a 1970s throwback feel.

The band have infused sounds and influences from thrash metal of the late 1980s and early 1990s, citing Metallica, Slayer, Overkill among others to inspire the direction for this album. The three singles released ahead of the album hit you direct; pulsating drums, guitar riffs and gritty vocals.

“The A-side of the album is set in the near future and is about real shit going on right now – especially ecological disaster,” explains frontman Stu Mackenzie of the album’s grand themes. “We’ve got a lot of things to fear. The B-side tells the story of a group of rebels who are forced to leave Planet Earth and try to settle on Venus.  I spend a lot of time thinking about the future of humanity and the future of Planet Earth. Naturally these thoughts seep into the lyrics.”

This is one of “The Captain’s” most anticipated album releases for 2019, and we have had one listen of the whole album end to end on vinyl in the store. All the songs flow seamlessly from start to finish, kicking off with “Planet B” and crashing out into the final song “Hell”. We think this could be the bands most compelling album to date, and definitely needs to be played loud!

This limited edition LP record is on red and gold split coloured vinyl housed in a gatefold sleeve with printed inner sleeve, and giant poster, pressed in Australia.