We Keep The Beat, Found The Sound, See The Need, Start The Heart is the second studio album by Australian musician Jonathan Boulet, released in July 2012 via Modular Recordings.

Jonathan Boulet is an Australian musician. Boulet wrote, recorded, produced and played almost every instrument in his small garage studio for his debut self-titled album.

Jonathan Boulet played at the Splendour in the Grass music festival in July 2010. He has also toured and performed with acts as diverse as Kate Nash, The Middle East, Tame Impala and Mumford and Sons. The weekly feature album on Australian youth radio station Triple J was Boulet's debut album in December 2009.

We Keep The Beat, Found The Sound, See The Need, Start The Heart was recorded in his parents garage, as was his debut album. The recording of the album was completed by mid-2011 and took almost another 12 months to be released.

The opening track You're a Animal was released online in December 2010 and the pounding track Trounce was the second release from the album. This Song is Called Ragged was the thrid track released from the album in May 2012 and Boulet has described this as being the most representative of the album sound as a whole.

Check out a couple of tracks from the album:  You're A Animal, This Song is Called Ragged, and Trounce.

This LP Vinyl Record includes a digital download code and was pressed in Europe. 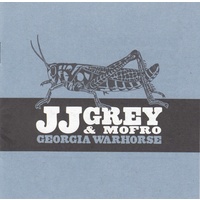