Keith Elam, better known by his stage name Guru (a backronym for Gifted Unlimited Rhymes Universal), was an American rapper, producer, and actor best known as a member of the hip-hop duo Gang Starr, along with DJ Premier.

Guru's Jazzmatazz Volume 1 is one of the first albums to combine a live jazz band with hip hop production and rapping. Guru had a vision and brought together a diverse group of jazz cats both old and new school. The live backing band included Lonnie Liston Smith, Branford Marsalis, Ronny Jordan (check out his solo on the track "No Time To Play"), Donald Byrd and Roy Ayers.

Jazzmatazz Volume 1 proved to be a highly influential album and a huge commercial success, peaking at #91 on the US Billboard 200 and #24 on the Billboard R&B/Hip Hop Albums charts.

Marissa Brown reviewing the album for Allmusic, rates the album with 4 stars concluding “…is a rap album for jazz fans and a jazz album for rap fans, skillful and smart, clean when it needs to be and gritty when that's more effective, helping to legitimize hip-hop to those who doubted it, and making for an altogether important release…”. 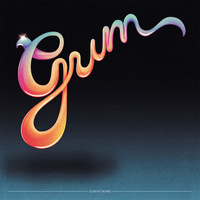