Talk about beating the odds. The list of great rock drummers who later emerged as substantial singer/songwriters could fit on one side of the tiniest Post-it note. The fact that at 26 Dave Grohl had already spent three years pounding his kit for Nirvana didn't exactly improve his chances of going it alone. Then there was the name of Grohl's new group. Foo Fighters?

Fortunately, none of these inhibiting factors deterred Grohl from assembling this remarkable yet coolly understated solo debut. He sings and plays virtually every note. And like the real-life foofighters - fiery UFO-like apparitions that haunted U.S. pilots during World War II - the band emits a disorienting glow.

Driven by big pop melodies and distorted guitars, Foo Fighters do strongly recall Nirvana, only with a decidedly lighter approach. Grohl's songs are driven by large, instantly memorable melodies, whether it's the joyous outburst of "This Is A Call" or the gentle pop of "Big Me".

That doesn't mean Grohl shies away from noise; toward the end of the record, he piles on several thrashers, and since he recorded the album by himself, the results are damn impressive for a solo musician.

Foo Fighters has a handful of punk-pop gems that show, given the right musicians and songwriters, the genre had not entirely become a cliché by the middle of the '90s.

In light of Kurt Cobain's sudden, brutal suicide, clarity and force were not what one might have expected from a surviving band mate's initial solo foray. But the larger message contained in this mammoth adrenalin rush, if Foo Fighters has a theme, is that music remains the ultimate anodyne.

This Limited Edition LP Record is a Reissue (May 2015) on Black Vinyl, pressed in Europe. 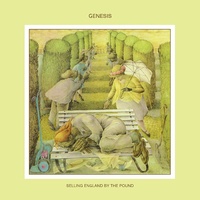