The album is named after the French recording studio located at the 18th century French Château d'Hérouville, where Elton would record three studio albums in a row. This was the album that shifted Elton’s career to another level, principally driven by being allowed to work exclusively in the recording studio with his touring band. On his previous studio albums, most of the tracks were recorded with studio musicians. The excellent live album 17-11-70 (1971) featured his then touring band of Nigel Olsson (drums) and Dee Murray (bass) and there was an electricity and energy that was somewhat missing from the first four studio albums.

With Davey Johnstone (guitars) joining his touring band full time and being able to work as a cohesive band to work on the song arrangements live in the studio before putting them to tape, this lifted the recordings to another level. You can hear the shift in energy and spontaneity on this album, which continued on into the subsequent albums recorded at the chateau, Don’t Shoot Me (1973) and Goodbye Yellow Brick Road (1973). The album was produced by Gus Dudgeon.

The songs are much more “up” and “rockier” and less moody and orchestral than his prior records. From the honky style piano opener “Honky Cat”, to the closer “Hercules”, the album takes the listener through a cohesive set of rock and pop tracks. The song “I Think I'm Going To Kill Myself” was written for Marc Bolan and features “Legs” Larry Smith doing a tap dance on the song.

There are two standout ballads on the album, the hit single “Rocket Man” and the more deep cut “Mona Lisas And Mad Hatters”, written for New York. The latter song features a beautiful mandolin backing by Johnstone. In 2017 an official video clip was released for “Rocket Man” that fits the song perfectly.

The success of the singles “Rocket Man” and “Honky Cat” propelled the album to the #1 spot on the US Billboard 200 Albums chart, his first to reach the top spot. The album peaked at #2 in the UK and #4 in Australia.

Check out the tracks:  “Rocket Man”; “Honky Cat”; “I Think I’m Going To Kill Myself”; “Mona Lisas And Mad Hatters” and “Hercules”.

This LP record is a 2017 reissue on 180 gram heavyweight vinyl with remastered audio and replicated album artwork in a gatefold sleeve, pressed in Europe. 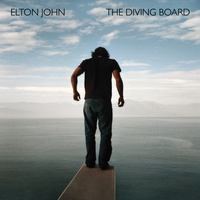 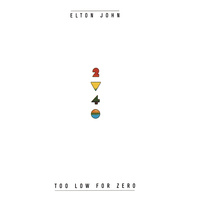