For a band that was never particularly narrative, linear or even all that ambitious with their songwriting, the Eagles’ decision to make their second album a concept record always seemed a bit odd. Their debut was filled with peaceful, easy and likable L.A.-style country-rock that rarely grabbed at more than it could handle.

But a year later they returned with Desperado, an album about the Old West and, especially, the Dalton Gang – a group of late-19th century outlaws led by three brothers.

The LP’s story is held together by historical summations and sketchy portraits of the gang’s ringleaders. But the music, mostly acoustic ballads and mournful country tunes, at times sounds richer and more focused than the debut.

From the opening “Doolin-Dalton” and the single “Tequila Sunrise” to the character study “Certain Kind Of Fool” to “Outlaw Man”, the album’s toughest song, Desperado saddles up for a dusty-trailed journey held together by the Eagles and their tight harmonies and expert playing. Then there’s the title track, one of the band’s best-ever songs, for some reason never released as a single.

Desperado is the Eagles’ lowest-charting LP, having just missed the Top 40. But it eventually went platinum, better than their debut.

Check out the tracks: “Tequila Sunrise” ; “Outlaw Man” and "Desperado". 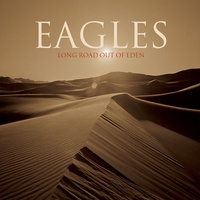 Dream Theater - A Change Of Seasons