The Rolling Stones - From The Vault - Live At The Tokyo Dome, Tokyo 1990

From The Vault - Live At The Tokyo Dome is a live album by English rock band The Rolling Stones, released in July 2012 via Rolling Stones Records.

Continuing the very successful “From The Vault” series of classic, previously unreleased Rolling Stones live shows, this release is taken from their performance at the Tokyo Dome in 1990, one of ten shows from the 14th to the 27th February at the venue which were the culmination of the Steel Wheels World Tour – the final tour with co-founding bassist Bill Wyman.

These were the first concerts the Rolling Stones ever performed in Japan, their previous attempt to tour there in the early seventies having fallen through.

Live At The Tokyo Dome captures the Rolling Stones at a moment of triumph with the crowd pleasing Steel Wheels tour. This set is noteworthy: it's one of the last times Wyman played with the group, so there's a bit more of the recognisable funk he brought to the rhythms. Steel Wheels representing about half of the album, with the set loaded with familiar favourites, including a hard hitting version of "20,000 Light Years From Home".

This is the Stones in the ‘80s, exceptionally slick, this live album entertains just like it was meant to do.

This limied edition 4LP record plus DVD set is on 180 gram vinyl housed in a tri-fold sleeve with inner sleeves, featuring restored footage and newly mixed audio, pressed in Europe via Eagle Rock. 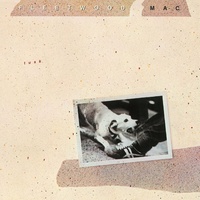