Originally released as ‘Live In Paris 1975’ in 2008, this album forms part of the ‘Official Deep Purple (Overseas) Live Series’. The series comprising remixed / remastered audio from dusted off tapes of some of Purple’s finest shows.

Deep Purple's final performance with Ritchie Blackmore the so called Mark III line-up (Blackmore, David Coverdale, Glenn Hughes, Jon Lord and Ian Paice) had all but broken up by the time the band arrived in Paris on April 7th 1975. Racked by personality clashes and musical differences, it's a little miraculous that the band had even survived to perform their final concert. When one factors in that Ritchie Blackmore had already recorded the first Rainbow album and that his mind was elsewhere, Paris 1975 is an incredible performance.

Touring on the back of ‘Stormbringer’, their most controversial album to date, Deep Purple alternately rock out ferociously and funky. The band really tear it up on powerful live versions of "Burn", "Stormbringer" and "Lady Double Dealer". Then they give the audience a laid back and bluesy rendition of "Mistreated".

It's a little too obvious though that the band was falling apart at the seams and when Hughes gets into his numerous funky soul tirades, Ritchie Blackmore simply stops playing and David Coverdale evidently leaves the stage! Still, the performance manages to be intense, loud and lots of fun.

Bits and pieces of this concert have shown up on the ‘Live In Europe ‘album but Paris 1975 has been freshly remixed and properly remastered from the original source tapes and the sound quality is outstanding. Though not up to the impossibly high standards of ‘Made In Japan’, Paris 1975 is a must for Deep Purple aficionados.

This triple LP housed in a gatefold sleeve with remastered audio is pressed in Germany on black vinyl. 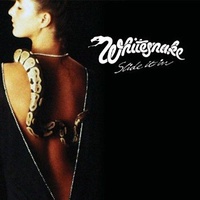