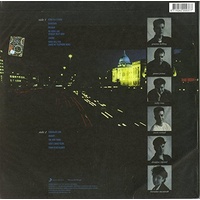 Raintown is the debut album by Scottish pop band Deacon Blue, originally released in May 1987 by Columbia Records.

Taking their name from the Steely Dan song "Deacon Blues", Deacon Blue were formed in 1985 following Ricky Ross's move from Dundee to Glasgow. They were one of the top-selling UK bands of the late 1980s and early 1990s. Along with Ross, the group consisted of Lorraine McIntosh, James Prime, Dougie Vipond, Ewen Vernal and Graeme Kelling. Ross, a former school teacher was the group's frontman, penning the majority of their songs.

Raintown, widely praised as Deacon Blue's finest work, has the overtones of a concept album relating to the struggles of urban life in the inner city - the city being unmistakably Glasgow, referenced by the roots of the band and by the famous images by photographer Oscar Marzaroli on the cover of the album.

The short intro, "Born In A Storm", melodic and interspersed with an unmistakably gloomy atmosphere created by the name, launches into the title track "Raintown", a natural extension of this plot. The weather remains a feature of the atmosphere of the album, reflecting the epitome of the Scots word dreich. Played out in the course of the album is the struggle with money ("Loaded"), unemployment, dreams of something better ("Dignity", "The Very Thing"), culminating in an angry attack upon urban life ("Town To Be Blamed").

The album does feature lighter experiences though, with the love songs ("Chocolate Girl") and "Love's Great Fears" - a track that Ross has often cited as his all-time favourite, featuring a searing slide guitar outro by Chris Rea.

Raintown proved a commercial success and has to date sold around a million copies, peaking in the UK album chart at 14 and remaining in the charts for a year and a half.

Check out the singles: Dignity; Chocolate Girl and Loaded.

This LP reissue on 180 gram audiophile vinyl is pressed in Europe by Music On Vinyl. 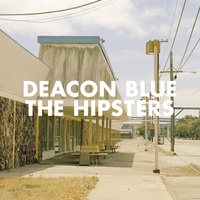