Cold Chisel opened the '80s with their most widely accepted and artfully constructed album, East. Following it up was a tall order, but they did the trick admirably with Circus Animals. (A live album, Swingshift, was released in the period between the two studio discs.) A ten-song stew of the band's signature guitar-and-piano-driven ballads and rockers, it further confirmed Chisel's depth and breadth as a creative unit.

From the outset of Circus Animals, the boys come crashing in through the window like a bunch of rowdies with hell-raising on their minds, cranking out the guitar rock rottweiler "You Got Nothing I Want". Jimmy Barnes' wrote the song about the frustration of a recently completed U.S. tour that had imploded ingloriously. As he belts out the number, Barnes' voice sounds like a buzz saw blade that's flown loose and ripped through a bunch of parked cars.

Guitar star Ian Moss takes over the lead vocals for the second track, the up-tempo jangler-cum-thumper "Bow River", which tells a typical Chisel tale of a working-class battler who dreams of better things. Moss also chips in with a guitar solo that would take many better-known names from the axe-grinding fraternity back to school.

Other hightlights include "Houndog" (not to be confused with Leiber & Stoller's "Hound Dog"), a gripping, grueling riff-fest road song; the strip-club, tom-tom beat of the slinky "Numbers Fall"; the bent-halo ballad "When The War Is Over"; and the coup de grâce, the coke-frenzy-rock of the mini-epic "Letter To Alan", written for the band's deceased roadie, Alan Dallow (another hail-of-bullets solo from Moss).

Cold Chisel are a group acutely proud of their roots, and it shows in their songs. A band deserving of a much more prominent place on the world's rock and roll stage.

Check out the tracks: “You Got Nothing I Want”; “Forever Now” and “When The War Is Over”. 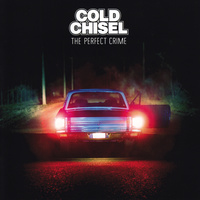