From A Room: Volume 1 is the second studio album by American country musician Chris Stapleton, released in May 2017 via Mercury Nashville.

Moving to Nashville in 2001 to pursue a music career, Stapleton had a successful career as a songwriter, signing with the publishing house Sea Gayle Music, writing six number-one singles, and being featured by artists as Adele, Luke Bryan, Tim McGraw, Brad Paisley, and Dierks Bentley. In 2007, he became the frontman for the bluegrass group The Steeldrivers, recording two hit records; each peaking at #2 on the bluegrass chart, before leaving in 2010 to found The Jompson Brothers. He released his critically acclaimed debut solo studio album Traveller in 2015.

His second studio album From A Room: Volume 1 takes its name from Nashville's RCA Studio A, where it was recorded over a period from 2016 to early 2017. The album focuses on country, blues and folk rock with eight of the nine songs originals written by Stapleton with various song writing partners. There is one cover song on the album “Last Thing I Needed, First Thing This Morning”, originally recorded by Willie Nelson on his 1982 album Always On My Mind.

The album was produced by Stapleton with Dave Cobb who also co-produced his debut album Traveller.

The album received critical acclaim upon release and peaked at #2 on the US Billboard 200 Albums chart, #22 in the UK and #20 in Australia.

In an article for The New York Times, Jon Caramanica described the album as "earthen, rich with tradition, has a tactile intensity and is carefully measured," and noted the songs' themes are "about romantic disappointment and people letting each other down, often with the Stapletons singing in devastating harmony, like on "Last Thing I Needed, First Thing This Morning" and "Up to No Good Livin'"". Joe Lynch from Billboard opined Stapleton's "earthy growl" from Traveller remains intact, and found the lyrics "sharper than before. There's plenty about boozin' and heartache, but he also tackles a prisoner's final day on earth on "Death Row" and hilariously bemoans getting to the end of his stash on "Them Stems."

The album has become one of the biggest selling roots albums of 2017 in the US.

As the album title indicates, there is to be a Volume 2 released towards the end of the year in 2017 or early 2018.

Check out the tracks:  “Broken Halos (Live)”; “Either Way (Acoustic)”; “Last Thing I Needed, First Thing This Morning”; “Either Way” and “Without Your Love”.

This LP record is on black vinyl with an inner sleeve and digital download code (expiring 31 December 2018), pressed in the US. 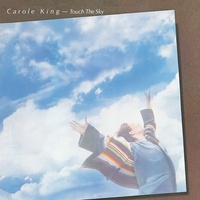