Tapestry: Live In Hyde Park is the fifth live album by American singer-songwriter Carole King, released in September 2017 via Rockingale Records and Legacy.

Tapestry: Live at Hyde Park celebrates the 45th anniversary of Carole King’s masterpiece 1971 album Tapestry, with a spectacular concert for more than 65,000 fans in London’s Hyde Park on 3 July 2016. This concert recording includes the first ever performance of the entire album in its original running sequence.

With the release of Tapestry in 1971, Carole King struck a chord with listeners around the world, earning four Grammy Awards and three Top 20 hits with her unforgettable album.

The Hyde Park performance, is Carole's first British concert since 1989 and features Carole leading a full band (including rhythm guitarist Danny Kortchmar, who played on the original Tapestry album) through each of the albums 12 songs plus her favourite compositions from her impressive songbook.

Guest performers include her daughter, Louise Goffin, who joins her mother on several tracks including “Where You Lead” (which the duo re-recorded as the theme song to the popular television series Gilmore Girls), plus the Laurence Olivier Award-winning West End cast of Beautiful: The Carole King Musical.

This double album 2LP record set is a Music On Vinyl release on 180 gram audiophile vinyl with an 8 page booklet, pressed in Europe. 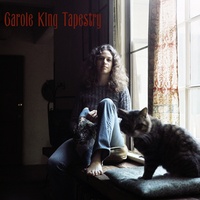 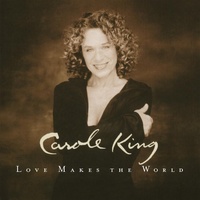