World Gone Wrong was Dylan's second consecutive collection of only traditional folk songs, performed acoustically with guitar and harmonica. The songs tend to deal with darker and more tragic themes than the previous outing, Good As I Been To You.

The album received a warm, if not excited, reception from critics. Despite earning a Grammy award for Best Traditional Folk Album, it peaked at number 70 in the US, and at number 35 in the UK.

Like its predecessor Good As I Been To You, World Gone Wrong was recorded to fulfill the terms of his January 18, 1988, contract. It would be the final album released under that contract.

In May 1993, Dylan once again held sessions at his Malibu home inside his garage studio. Recorded solo in a matter of days, a total of 14 songs were recorded without a single change in guitar strings. Marked by distortion, the recording quality was very primitive by modern standards, with very casual microphone placement and very little tuning. There were some rumors that Dylan had mastered the album from cassette tapes, as Bruce Springsteen had done with Nebraska, but those rumors have been as difficult to prove as they have been to dismiss.

Possibly influenced by the controversy surrounding Good As I Been To You, Dylan wrote a complete set of liner notes to World Gone Wrong, citing all possible sources. It had been decades since Dylan had written his own liner notes, and they were always surrealistic; these notes, while still playfully written, were actually informative.

The balance of songs in World Gone Wrong swung more towards rural blues. Two had been recorded by the Mississippi Sheiks, two more by Blind Willie McTell, one by Willie Brown, and another by Frank Hutchison. Songs populariSed by Tom Paley and Doc Watson were also recorded.

In the case of "The Two Soldiers", Dylan had been performing it live since 1988. As Clinton Heylin, an English author who’s written extensively about the work of Dylan, writes, on World Gone Wrong, Dylan invested it "with that classic impersonality the true traditionalist seeks".

Check the track: Blood In My Eyes.

This LP exclusively remastered on 180 gram audiophile vinyl is pressed in Europe by Music On Vinyl. 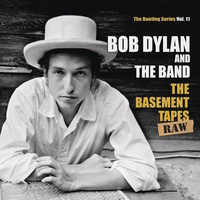