Sometimes you need to look back in order to move forward. While Black Stone Cherry have had increasing chart success, the band felt a lack of creative control over their recordings. To that end, they left Roadrunner Records and signed to Mascot. Earlier Black Stone Cherry albums were always imbalanced: songwriting was sometimes sacrificed in an attempt to replicate the band's live sound; at other times, it was the reverse. Kentucky is a self-produced, back-to-the-roots affair (with participation from a host of local players and singers).

Opener "The Way Of The Future" walks the line between gnarly, riff-tastic hard rock and heavy metal. Frontman/guitarist Chris Robertson's rant against greedy politicians is fueled by his and Ben Wells' twin-guitar attack, grooving tom-tom, kickdrum fills from John Fred Young, and a fuzzed-out, Geezer Butler-esque bassline from Jon Lawhon. The two proceeding tracks, "In Our Dreams" and "Shakin' My Cage", are equally bone-crunching. The gears shift on "Soul Machine". It blends greasy Southern-fried funk and adrenalin-fueled blues-rock, with Robertson backed by Stax-style vocalists Sandra and Tonya Dye.

"Hangman" is steeped in squalling, hard-riffing blues with a hooky chorus, while "Rescue Me", despite its brief gospelized intro, is the meanest, leanest thing on the set. The groove-centric intro of "Feelin' Fuzzy" gives way to a funky backbeat with guitars on stun. The latter album track "Darkest Secret" helps close the album circle with off-the-rails metallic hard rock, though the chorus is drenched in Southern groove.

Kentucky marks the first time Black Stone Cherry have balanced all of their writing strengths with their concert presence. The album is a grower. After a listen or two, Black Stone Cherry 's back-to-the-cradle approach proves that track for track, Kentucky is not only more consistent, but more satisfying than previous albums.

Check out the tracks: The Way Of The Future; In Our Dreams; The Rambler and Soul Machine.

This LP on limited white 180 gram heavyweight vinyl with digital download card with bonus tracks, is pressed in Europe. 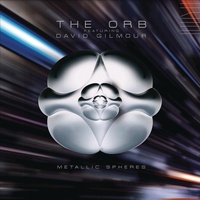