Afterglow was recorded in a matter of weeks, and it shows, it sounds looser and more spontaneous than the Zeppelinian extravaganzas dominating 2011's BCC2, thus sort of coming full circle to their template-setting eponymous 2010 debut in the process.

Comprising the incomparable voice of living legend (and bassist) Glenn Hughes, instead, as well as the versatile guitar licks (and lone vocal on "Cry Freedom") of Joe Bonamassa, plus the ever powerful, spot-on drumming of Jason Bonham, and even Derek Sherinian's always tasteful keyboards - led as always by Svengali producer Kevin Shirley.

If anyone's talent have taken a backseat to the others' throughout BCC's existence, it's been Sherinian's, so it's refreshing to be able to call out his more pronounced contributions to Afterglow. His keys lend a gospel flavour to the hypnotic churn of "This Is Your Time" (before it erupts into a blistering solo from Bonamassa); on "Confessor", they pogo around the other instruments like vintage Rush; on "Cry Freedom", his Mellotron embarks on a swirling vamp…and so it goes.

Despite the less laboured vibe of the material, in general, Led Zep remain crucial instigators behind the quartet's classic hard rock stylings - as evidenced by the start-stop dramatics of "Midnight Sun", the reverie of "The Giver", and leaden grooves-meet-sweeping strings battling evermore across the title track.

When you're dealing with musicians of such rare talent (not to mention an exacting producer like Shirley) the tracks give off an iridescent class and arresting confidence that will doubtless come to define BCC's passage through the classic rock firmament.

Check out the tracks: “Afterglow”; “Confessor” and “This Is Your Time”.

This Limited release LP is pressed in Europe on 180-gram heavyweight vinyl. 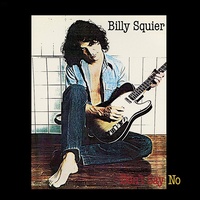