Fight For Your Mind is the second studio album by American singer-songwriter Ben Harper, originally released in August 1995 via Virgin Records.

Ben Harper plays an eclectic mix of blues, folk, soul, reggae and rock music. He is a three-time Grammy Award winner, with awards for Best Pop Instrumental Performance and Best Traditional Soul Gospel Album in 2005 and Best Blues Album in 2014.

At the age of 12, Harper played his first gig, and during his teen years began to play the slide guitar, mimicking the style of Robert Johnson. Harper refined his style, taking up the Weissenborn slide guitar. Harper got his big break after being offered an invitation by Taj Mahal to tour with him. They recorded Taj Mahal's album Follow the Drinking Gourd, released in November 1990.

In 1992, Harper recorded the LP Pleasure and Pain with folk multi-instrumentalist Tom Freund. After securing a record deal with Virgin Records, he released his debut album, Welcome to the Cruel World in 1994. His debut album found chart success in Australia and France.

His second studio album Fight For Your Mind, sees Ben Harper fuse multiple influences from folk to reggae to hard rock to gospel into a fantastic follow-up album. Songs such as “Another Lonely Day” and “Gold To Me” showcase folk rock, whilst “Ground On Down” and the epic jam “God Fearing Man” capture his explosive guitar playing and energy of his live performances. There is a reggae influenced track “Excuse Me Mr.” and gospel influenced “Power Of The Gospel”.

The album reached #34 in Australia.

Check out the tracks:  “Ground On Down”; “Oppression”; “God Fearing Man”; and “Power of the Gospel”.

This limited edition double album 2LP record set is a 2015 Record Store Day reissue on coloured vinyl housed in a gatefold sleeve with embossed lettering and foil packaging, pressed in the US, and individually numbered and limited to 2,500 copies with 500 autographed, randomly distributed. 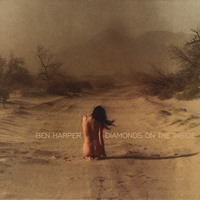 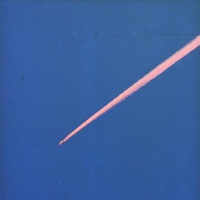