Double Album 2LP on Black Vinyl + Etching on Side D

For All Kings is the eleventh studio album by American thrash metal band Anthrax, released in February 2016 via Nuclear Blast Records.

After guitarist Rob Caggiano was replaced by Jon Donais of Shadows Fall in January 2013, talk of a follow-up to 2011's highly successful Worship Music came to light, with bassist Frank Bello stating that the band was "getting the itch to write new music". In September that year, guitarist Scott Ian confirmed that Bello and drummer Charlie Benante were coming over to start writing for the next record and by the end of October, the band had arranged seven new songs, with Scott Ian describing the direction of the new music as "aggressive, fast, and even riff-ier than the last record".

Recording began in late 2014 with producer Jay Ruston in a studio in Los Angeles. Some 15–20 more songs were written during the sessions, in what Anthrax have called its most productive period ever. When asked about the significance of the album's title, the band's lyricist Scott Ian said "The meaning, to me, for this title is that everybody can be a king. Everybody can have control over their own lives, control over their destiny, just by growing up and becoming a responsible human being. I'm not necessarily saying that being a "king" is being the boss in your relationship, or any relationship for that matter. A king of yourself is what I mean. Taking responsibility and ownership for your own shit is basically what it means to me".

For All Kings was met with critical acclaim with many praising the band's consistency and focus, as well as the contributions of newest member, lead guitarist Jon Donais. Loudwire's Chad Bowar cited "Blood Eagle Wings" as a standout, praising its "dark and moody" sound and as being "an introspective song that’s an effective counterbalance to the aggression found elsewhere". The Guardian's Dom Lawson gave the album a 4/5 star rating, describing it as being "full of the anthemic choruses and hulking riffs that have always driven their sound". The album is one of band's most successful to date, debuting at the number 9 spot on the US Billboard 200.

Check out the tracks from the album "Evil Twin", "Breathing Lightning", and "Blood Eagle Wings".

This Double LP Record set is on Black Vinyl and housed in a Gatefold Sleeve with Etching on Side D, pressed in Europe. 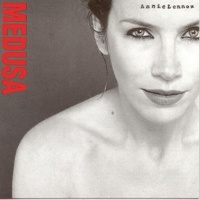