The 2008 Album Available on Vinyl For The First Time!

Hindsight features old and new favourites from the band’s career, with new arrangements utilising acoustic, electrical and orchestral instruments to construct the deep, emotional landscapes Anathema have become renowned for. The album features one new song; "Unchained (Tales Of The Unexpected)".

This album also features the beautiful cello playing of Dave Wesling from the Royal Liverpool Philharmonic Orchestra. A close friend of the band, Dave previously toured with the band in 2004 and is featured on the DVD A Moment in Time. The record has been arranged, recorded, performed and produced solely by the band.

The songs are very different in this album setting as compared to their original recordings with the "electric" instrumentation.  The arrangements are pared back to let the accoustic guitars, piano, cello and vocals shine.  This gives the listener a new vehicle to appreciate the songwriting capability of the band and dive deeper into their music.

Check out a couple of tracks from the album:  Fragile Dreams, Inner Silence, Are You There and Angelica.

This is a Double Album 2LP Record set issued on 180 Gram Vinyl for the first time, housed in a Gatefold Sleeve with Side D having a screen print etching, pressed in Europe. 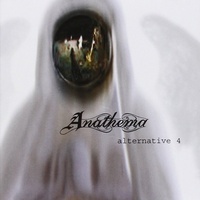