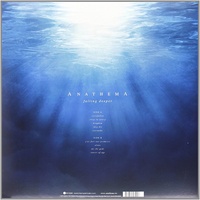 Given Anathema's gradual transformation from doom metal merchants to sophisticated prog rockers over the course of many personnel changes since the mid-'90s, an album like Falling Deeper was a logical conceit. The band first revisited select moments from its catalogue on the unplugged offering Hindsight in 2008. For some, it foretold the end. Then the band surprised many by returning in 2010 with new ideas and a renewed sense of purpose on the musically and sonically expansive - yet utterly accessible - We're Here Because We're Here, which drew raves from critics and fans alike. But digging into their oeuvre was an unsatisfied hunger for Anathema's founding brothers, Daniel and Vincent Cavanagh (who are in the company of Jamie Cavanagh and John and Lee Helen Douglas here).

For Falling Deeper they've cherry-picked nine more selections from their recorded history and thoroughly rearranged and re-recorded them with arranger Dave Stewart and the London Session Orchestra led by Perry Montague-Mason. Further, they've enlisted the help of vocalist Anneke van Giersbergen, formerly of the Gathering.

In essence, this set is really for long-time fans. The music, is beautifully arranged, performed, and produced, but remains true to the original cuts, rather presenting a variation rather than anything dramatically new to the listener. Textures and atmospheres highlight Daniel Cavanagh's already brilliant melodies.

It's a fine listen through and through.

Check out the tracks: “Crest Fallen” and “Kingdom”.

This Limited Edition LP record with printed inner is pressed in Europe on 180 gram heavyweight vinyl. 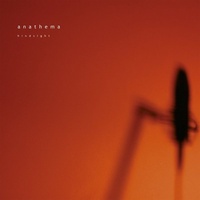