Hey Stoopid was Alice Cooper’s follow-up to the hugely successful Trash. It is just as worthy, if not more so, of the high esteem in which it’s held. It certainly stands out as an example of brilliantly written songs combined with stunning musicianship.

Alice’s releases over the years are many and varied, but it’s safe to say this is one of his best. It has produced some classic tracks with “Hey Stoopid” and “Feed My Frankenstein”, and displays a great range of musical styles and themes.

“Hey Stoopid” – featuring Slash, Joe Satriani and Ozzy Osbourne, and features one of the most memorable rock choruses of all time.

“Love’s A Loaded Gun” – is a powerful and brilliantly written track.

“Might As Well Be On Mars” – one of Alice’s more serious songs, is a moving dramatic masterpiece of a ballad.

“Feed My Frankenstein” – everyone knows, and a stple of his live set, features Joe Satriani, Steve Vai and Nikki Sixx.

Hey Stoopid is an excellent album and continuation from the strength of Trash. Definitely an album for all rock fans.

Check out the tracks: “Feed My Frankenstein”; “Love’s A Loaded Gun” and “Hey Stoopid”.

This Limited Numbered LP reissue with printed insert is pressed in Europe on silver 180 gram audiophile vinyl via Music On Vinyl, limited to 1,500 copies. 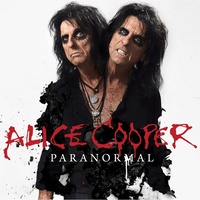