Mix Up The Oils is the twelfth album by Australian blues band Chain, originally released in July 1999 via Forever Records and Tamborine Music.

Showing off Matt Taylor's song writing ability coupled with his unique and charismatic voice, Mix Up The Oils features plenty of rock and blues styles throughout, coupled with slow blues and jazz riffs reminiscent of Santana or Steely Dan, while the deep grooves and solid riffs of the slower blues tracks brings Skyhooks to mind.

Check out the tracks "Mix Up The Oils", "The River", and "Shining".

This CD is in a jewel case and was pressed in Australia via Forever Records and Tamborine Music. 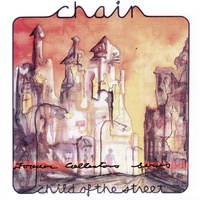