Child of the Street is the seventh album by Melbourne blues band Chain, originally released in October 1985 via EMI and reissued in 2003 by Forever Records.

Formed from the remnants of Perth band The Beaten Tracks in 1968, Chain were named after the classic soul track "Chain of Fools" by the band's early vocalist Wendy Saddington. The band's debut album, the classic Live Chain, recorded at Caesar's Palace discotheque, was released in June 1970, and shortly after the band signed a deal with Infinity Records. Chain's first single, "Black and Blue", reached number ten on the Australian charts in May 1971, followed by Toward the Blues, which peaked at number six in 1971 and placed Chain alongside other Australian acts like Billy Thorpe and the Aztecs, Carson, and The Adderley Smith Blues Band, at the forefront of the Australian blues movement.

Check out the tracks "Missile", "A Tribute To Muddy Waters", and "Child of the Street".

This CD is housed in a jewel case and was pressed in Australia. 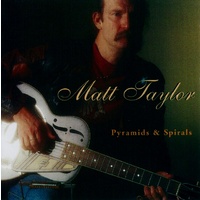